The Czech’s in the Mail: Breweries Begin… 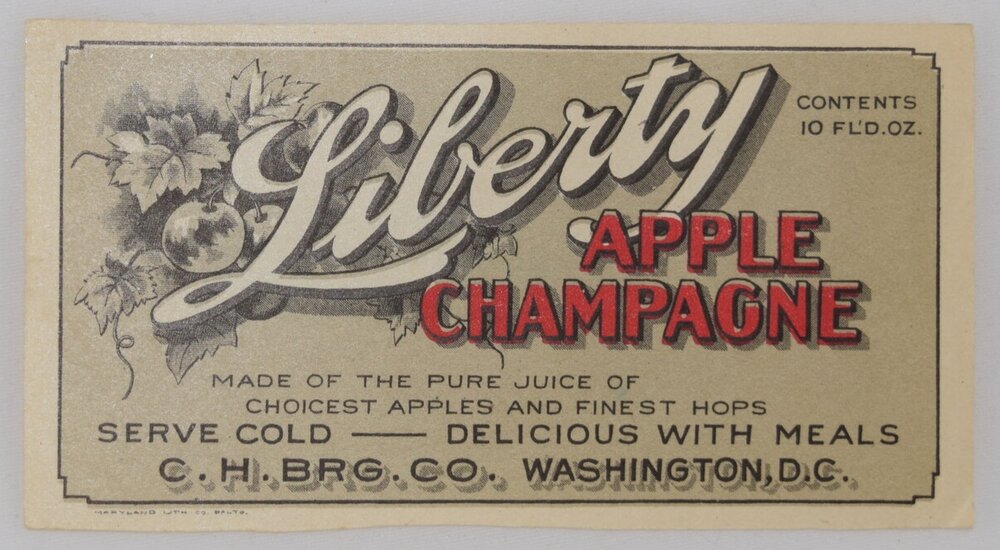 100 years after the start of prohibition, the Heurich House Museum and ANXO have teamed up to recreate Christian Heurich’s Liberty Apple Champagne, an accidental invention that became incredibly popular in the three weeks it was allowed to be sold before prohibition hit D.C.

In an attempt to ensure his brewery would be able to stay open once the prohibition law went into effect, Heurich purchased $100,000 worth of Stayman Winesap apples to make a non-alcoholic beverage. Unfortunately, the apples fermented in their own juices and became the 6% ABV Liberty Apple Champagne, but Heurich was allowed to sell as much of his stock as possible during a three week period, and even the White House indulged.

Utilizing historically accurate techniques for maximum accuracy, the Heurich House Museum and ANXO pay tribute to the city’s largest brewery. “We are excited to partner with ANXO to release the historic Heurich’s Liberty Apple Cider, especially because of their commitment to planting and harvesting from heritage apple trees and their use of traditional cider making techniques,” said Kimberly Bender, executive director of the Heurich House Museum. “Heurich would be proud as he had several fruit trees at his home in the Dupont Circle neighborhood as well as at Bellevue Farm in Hyattsville, and he would have loved to be able to legally sell his cider!”

This non-hopped reinvention of Heurich’s astonishingly popular accidental success is a wonderfully tart treat that encapsulates the balance between days gone by and the modernization of D.C. that has fueled its continued success. “We’re a brand born and bred in D.C., so it’s incredible to be partnering with a District institution like the Heurich House Museum that holds an important role in the history of beer and cider coming out of this city,” said Sam Fitz, co-founder and president of ANXO. “Knowing that Mr. Heurich was passionate about apples – like our team at ANXO – gave us a lot of inspiration to make this recreation fantastic. We’re so honored that the Museum has trusted us to bring this cider back to life!” H

Heurich’s legacy is a testimonial to the spirit of innovation that lies at the heart of Washington, D.C., and in such trying times as the nation now faces, resurrecting our history is more important than ever. The rebirth of Liberty Apple Cider represents the effortless honoring of a man who helped to shape life in D.C., and reminds us to look forward, as Heurich did, to the wonderful potential for innovations of the future.

The Void is still here

5 Things to Love about Visiting Breweries