To put it simply, the 2012 Craft Brewers Conference in San Diego, CA was overwhelming. This four day event seems like a blur now, and we were there just one week ago. A crowd of over 2,600 attended this year’s event to take part in over 75 presentations, seminars and roundtable discussions on topics ranging from sour beer to social media. There was something for everyone, including the vendor expo that featured 250 vendors showcasing environmentally sound packaging, new hop varieties, brewhouse equipment and more. Everyone seemed to be thrilled about another year of solid growth from established breweries and the record number of breweries in planning.

The enormous size and endless amount of content from this year’s event got me thinking – how can I simply present some of my take-aways from this year’s conference? The answer: Quotes! At the end of the week, after reviewing my notes, I was left with a handful of standout comments from industry leaders that tell a story of growth, innovation and passion for beer. 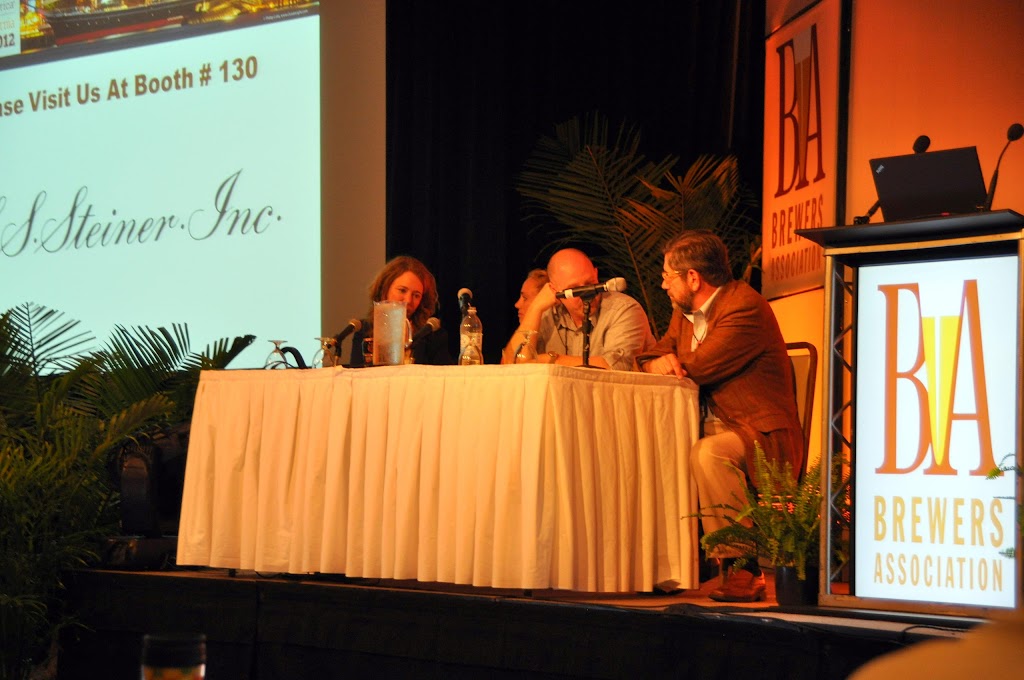 “We are not in a bubble, We are knee-deep in the foam, and the foam is still rising.” – Charlie Papazian, President, Brewers Association speaking about the growth of the craft beer industry and discounting the opinions of the market reaching its peak.

“Everything starts with quality and forms the foundation for craft brews everywhere. If you have a bad experience with craft, you are less likely to try someone else’s beer.  If you are a startup and quality isn’t at the top of your list, just GET OUT.” – Paul Gatza, Director, Brewers Association

“Your beer is the social lubricant for workers at the end of the day, for friends getting together, for families enjoying a weekend together, for fathers and sons, mothers and daughters. … Every day, craft brewers touch millions of Americans in a profoundly positive way.” – Steve Hindy, Chairman and President, Brooklyn Brewery

“We really see this as a new cluster in San Diego to go with biotech and high tech, wireless and defense. We now have 10 craft breweries just in the city; in the region, we have almost 60.” – Jerry Sanders , Mayor, City of San Diego addressing the growth of the craft beer industry within the city.

“Brand advocates are relaying those stories to their friends. You have to nurture and work hard to preserve those stories and make them your own. Brands that lose the stories lose their soul. Authenticity is an asset.” – Steve Hindy, Chairman and President, Brooklyn Brewery speaking of the importance of telling authentic stories to establish your brand.

“I pledge not to drink beer out of an ugly glass ever again in my life.” – Dr. Michael Lewis, Professor Emeritus of Brewing Science ,University of California-Davis while presenting on trends in the market and stressing the importance of drinking craft beer from the proper glassware.