Ron Pattinson, beer historian and member of the British Guild of Beer Writers, was in town last Friday visiting DC from Amsterdam. Seeing as it was his birthday, I asked Bluejacket and DC Brau if they’d host him for a birthday brew. Other breweries were of course interested (who wouldn’t be?), but Ron wanted to keep it in the District. So we did.

Prior to brewing in DC, Ron was at Maryland Homebrew in Columbia, MD, presenting “British Fungus: Brettanomyces in British Brewing.” Here he is (below) with event attendees and shop General Manager Chris Anderson. Thanks to beer judge and mead-maker Jamie Langlie for the photos. 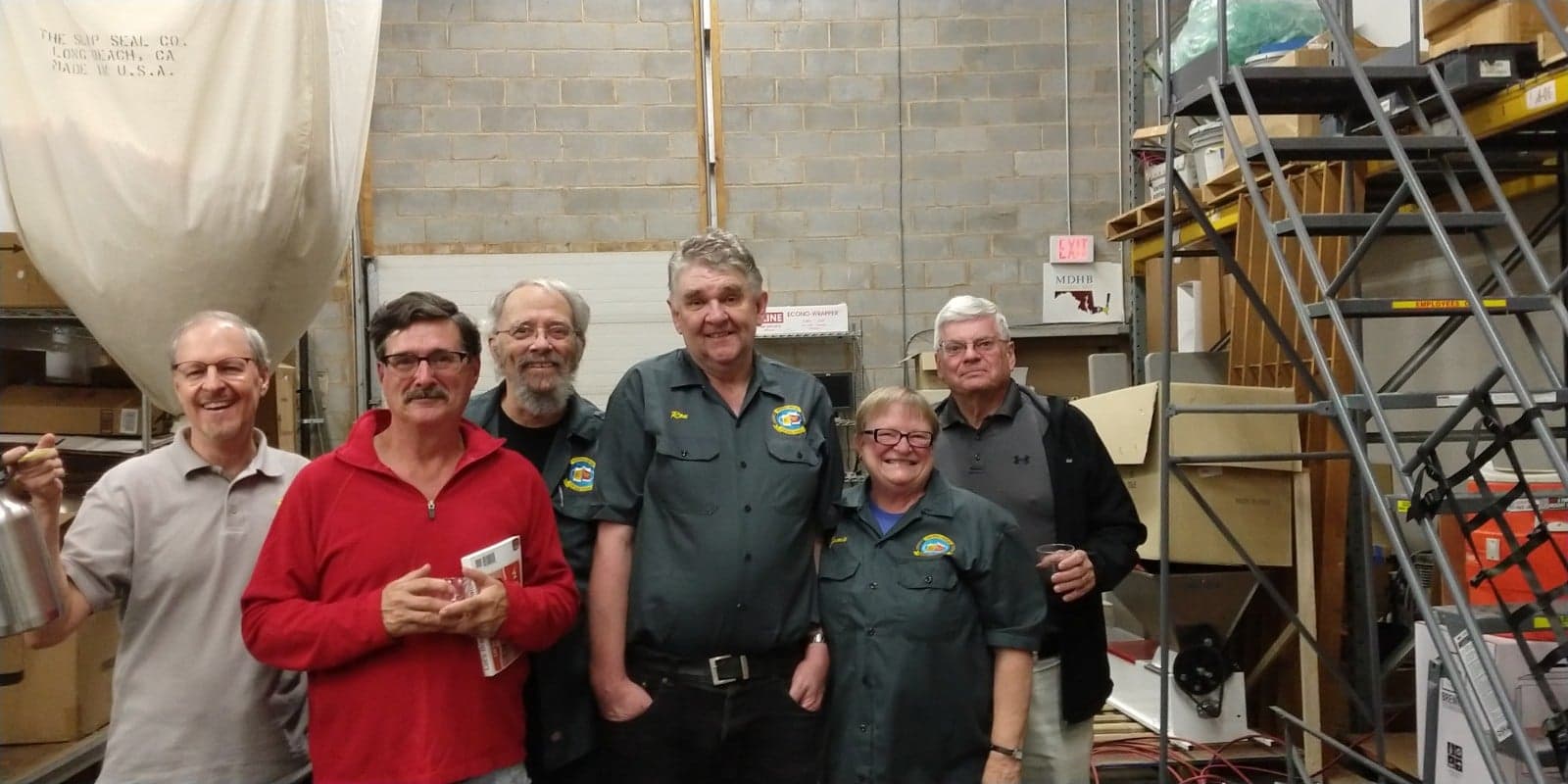 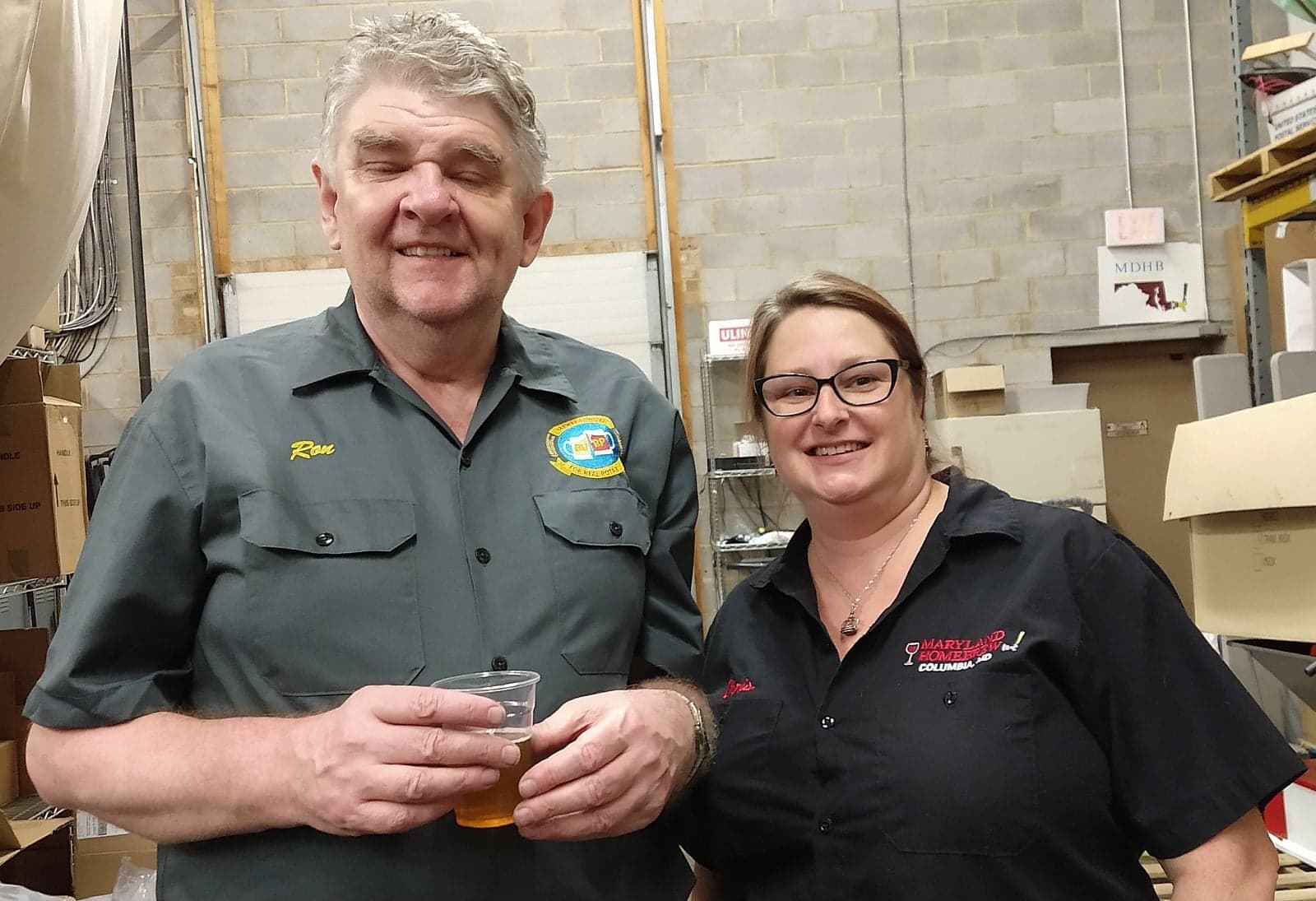 DC Brau brewed an 1857 Whitbread KXX, a strong, pale, keeping beer, better known as a Burton Ale. It’s a recipe whose beauty is in its simplicity, a beer whose strength matches its bitterness. All pale malt and all Goldings hops furnish what will likely be a wonderful Victorian ale.

DC Brau President/Brewmaster Jeff Hancock employed a 120-minute boil with hops added at the 90, 60, and 30 minute marks. With 40 pounds of hops for 16 barrels of wort, the ratio was about 2.5 pounds per barrel. It will get a 22-pound dry hop.

Both of these beers feature an obscene amount of hops, even by modern standards. Bluejacket’s India Porter, based on Ron’s research, had 44 pounds of East Kent Goldings hops in the kettle. That averages to over 3 pounds of hops per barrel…for a porter. It will also be dry hopped.

Brewing with Ron was an incredible experience that I’m grateful Bluejacket and DC Brau made possible. But I’d be remiss to not discuss what was going on in the land of DC Beer in 1858, the period from which his birthday brews come. Interestingly enough, there’s some overlap. At this point, beer was often exported by being shipped in kegs and then bottled in the receiving country (i.e, English beer was bottled in the United States.)

Someone bottled Burton Pale Ale and Dublin XX Porter in Baltimore in 1858. Burton is what Brau made and Porter is what Bluejacket brewed. Fresh importations! 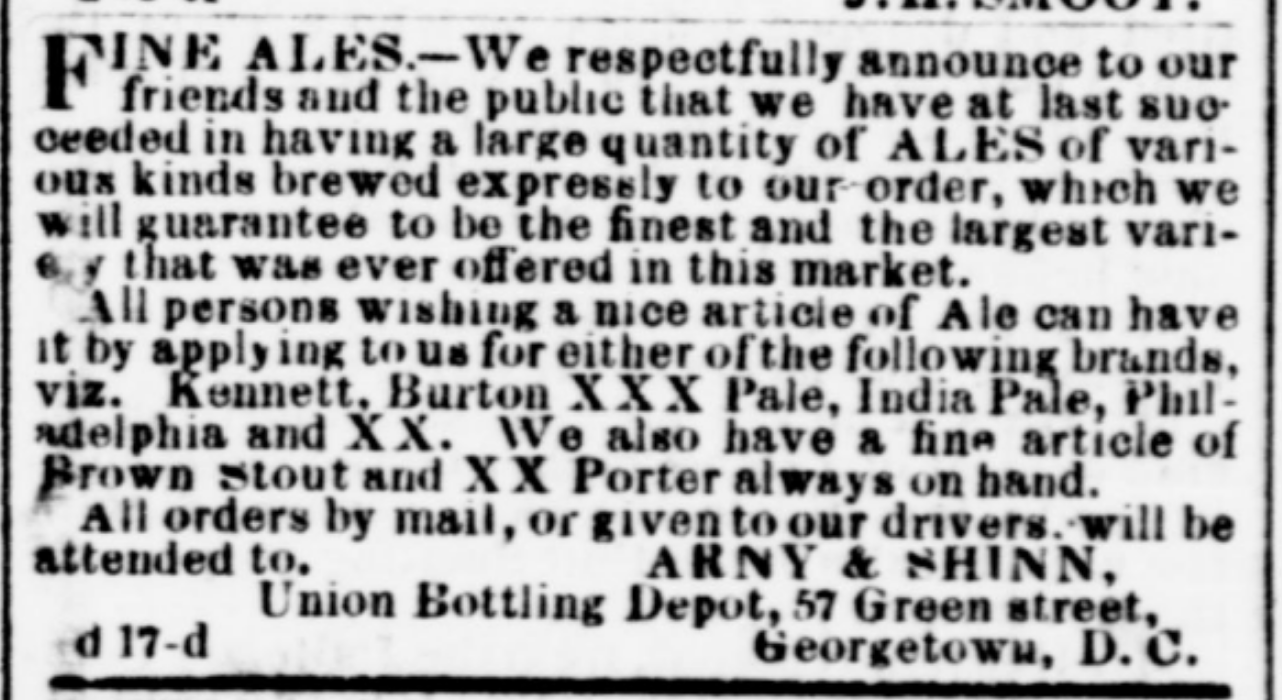 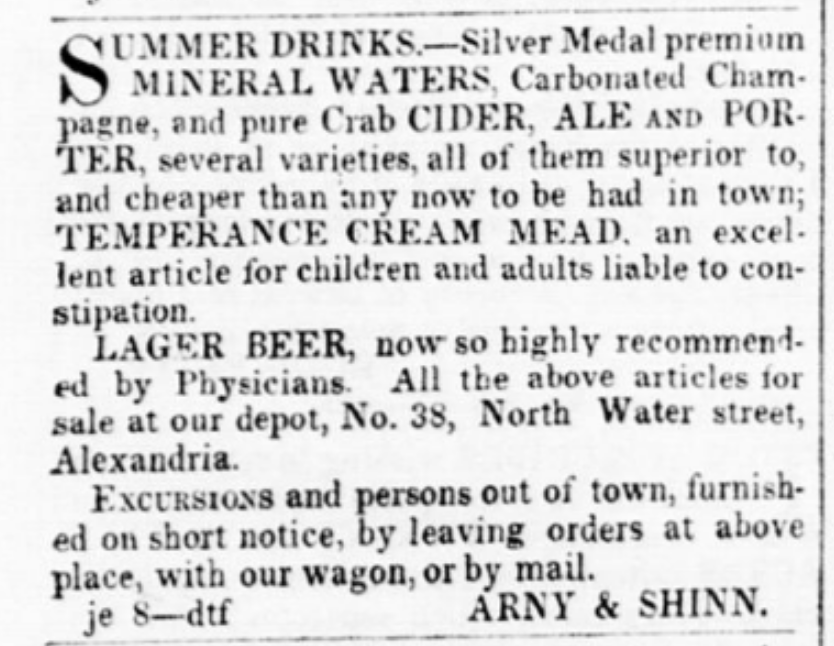