A Visit to Sapwood Cellars

Last Friday, I went to the soft opening of Sapwood Cellars in Columbia, MD. For fans of the hazy IPA and complex sours, it’ll be well worth the trip up 95.

Location-wise, this is a hike for most of us living in DC, but it could make for an easy stop on a weekend drive or on the way to/from Baltimore airport.

Sapwood Cellars is the brainchild of two homebrewing stallwarts in our area, Scott Janish and Mike Tonsmeire. Scott is the purveyor of scottjanish.com, an uber-sciency brewing website focused on hops. Whereas Mike literally wrote the book on brewing sour beers and continues to post at The Mad Fermentationist. If there are a couple folks who are already set-up for success, it’s these two.

Upon walking in, the taproom itself is of good size, but the bar is what you notice – it’s huge. When we went, they were pouring five beers but they have lines set up for 16 drafts. 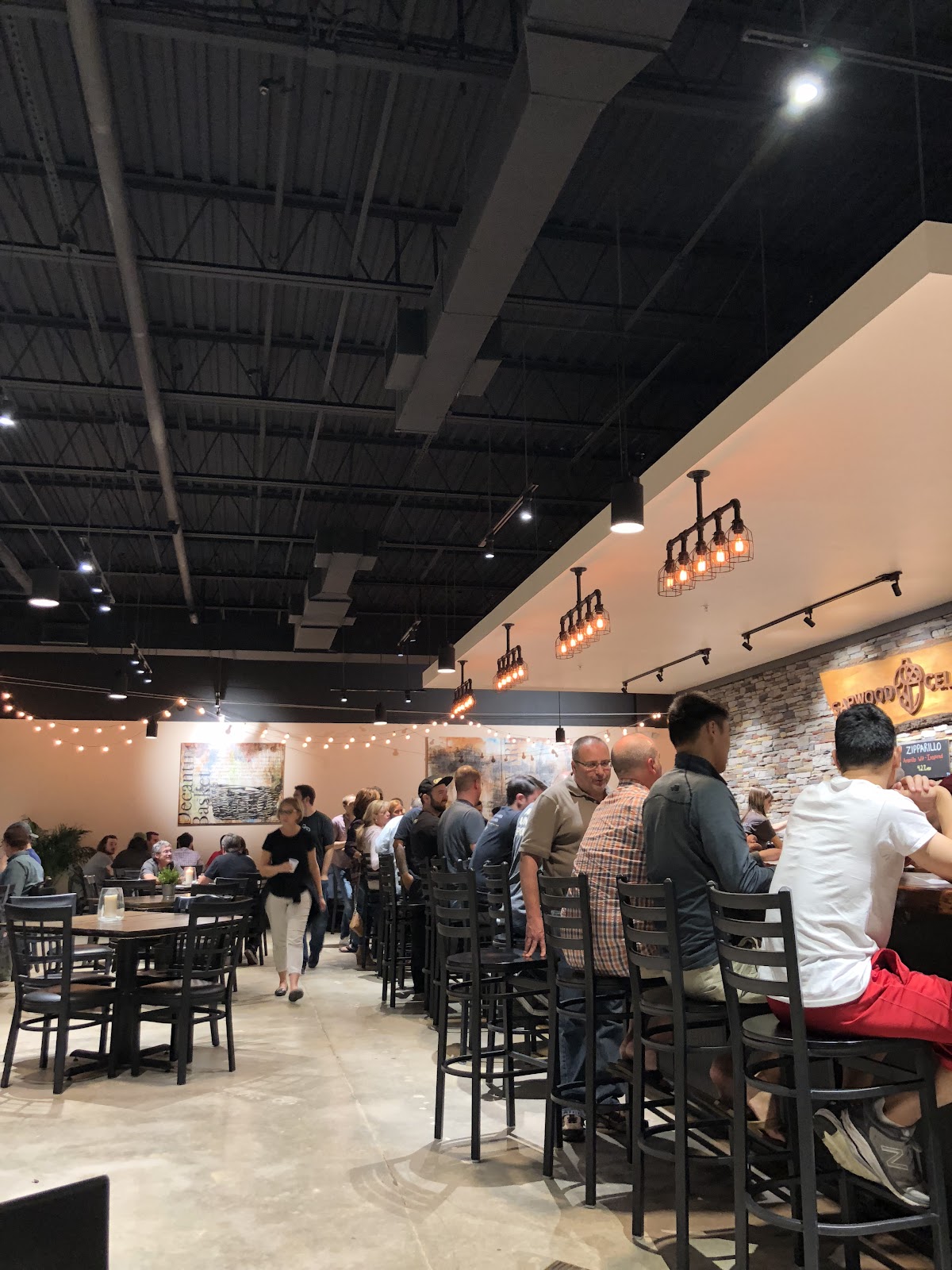 The featured five drafts were a house saison, a hoppy wit, hazy pale ale, double dry hopped IPA, and a “winey” rye pale ale. Scott informed me that their sours are still a little ways away, but are in barrels as we speak, so hang tight for those. 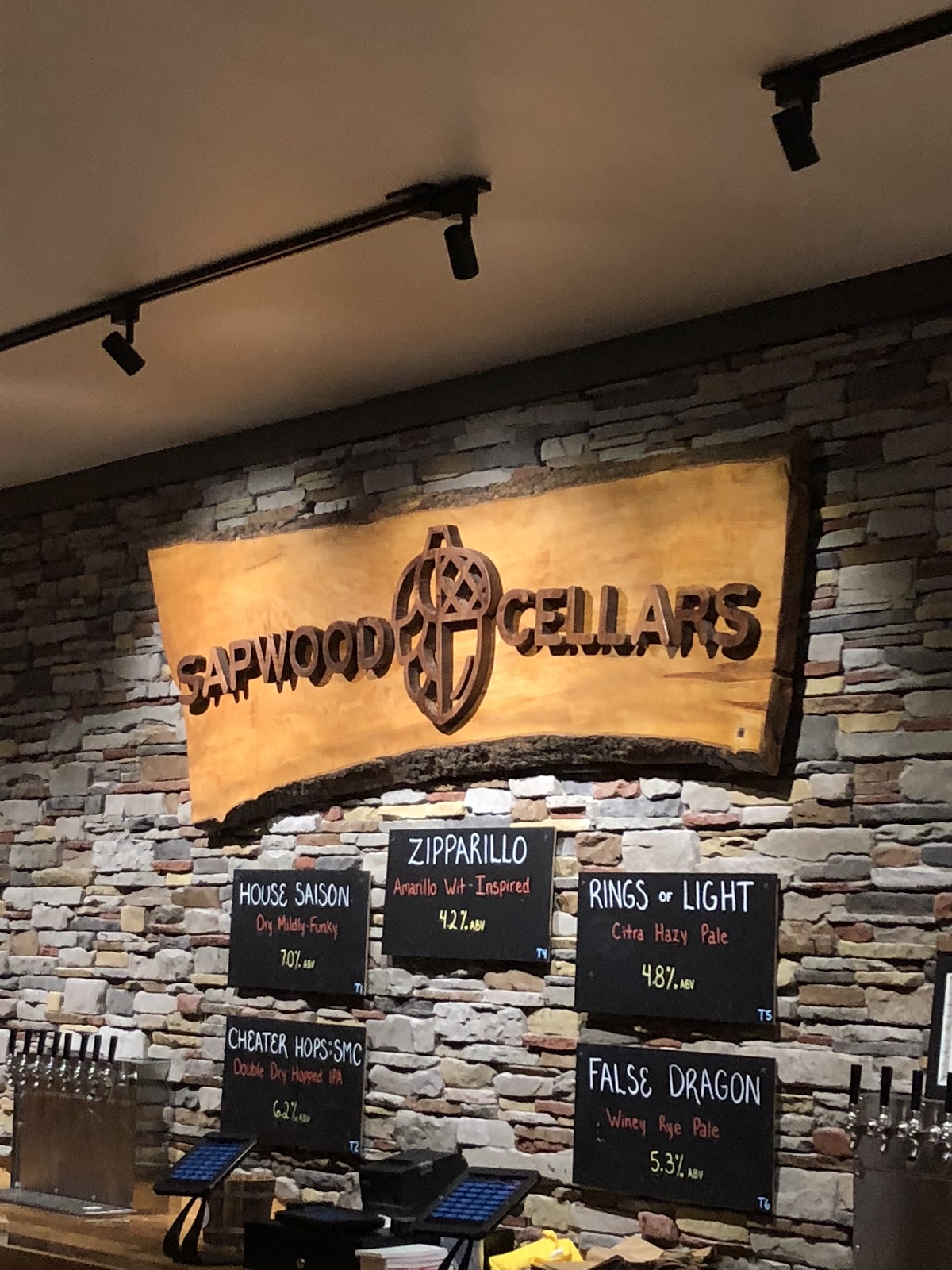 One of the things I’m most excited about is their enthusiasm for the interplay between wine and beer. It’s safe to expect a lot of wine-barrel aging, wine yeast, grape must, and the like.

Standouts to me were the hoppy wit and, especially, the pale ale. The beers were bright, incredibly tropical, and well-fermented. I’d expect that flavor profile to continue with their hoppy beers – they seem to prefer the tropical to the citrus or pine. 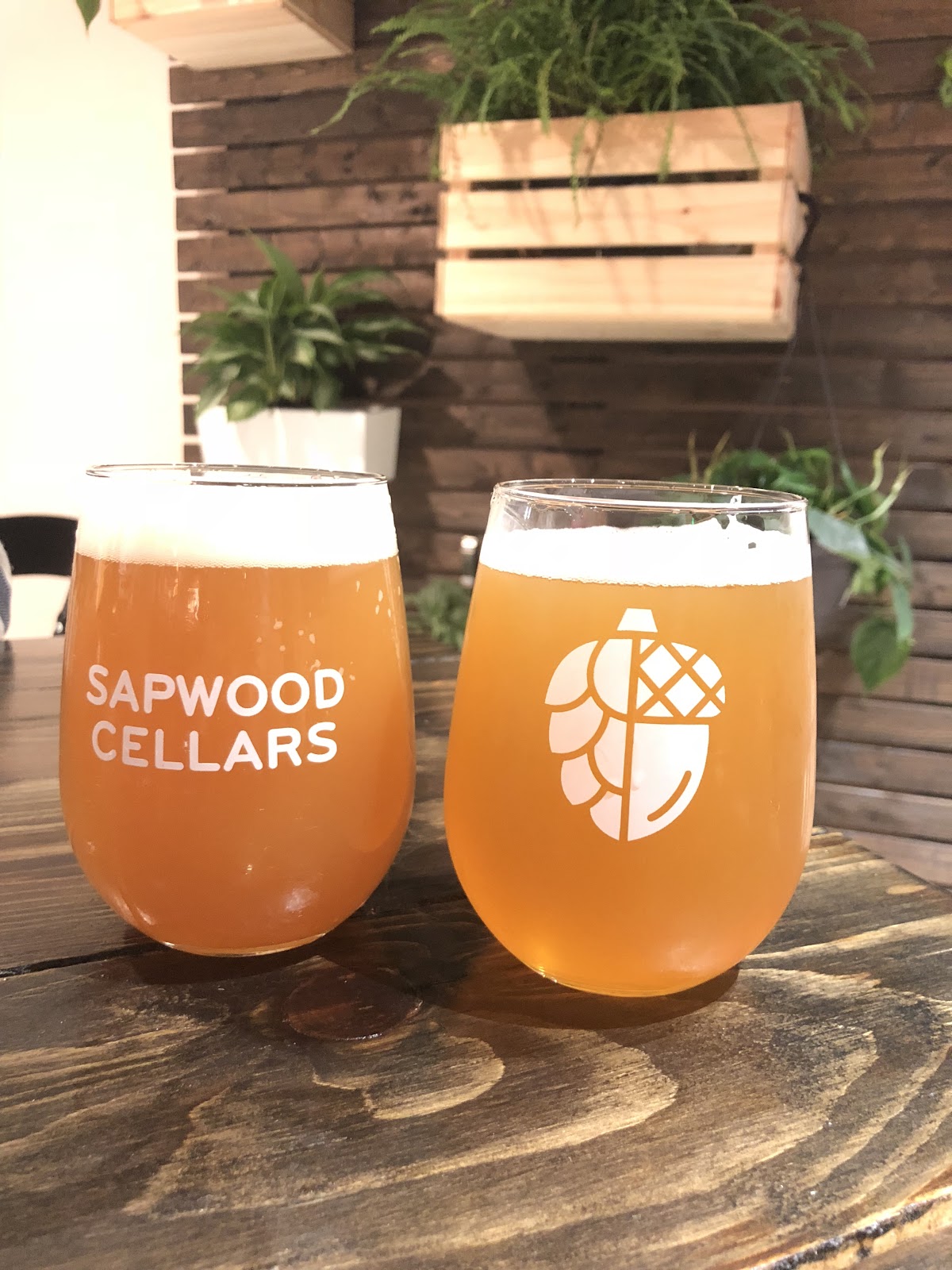 If you gravitate to sours and mixed culture beers, be sure to keep an eye on Sapwood’s beers. Many won’t be ready for at least a year, but when they do hit, I expect some really interesting and fantastic beers.