A number of breweries release sample boxes, samplers, variety packs, or “collections,” according to their own nomenclatures. These contain, typically, 12 beers total, three each of four different varieties. These are a great way to acclimate consumers to beer portfolios, and they usually include both flagship brands and seasonal offerings.

In recent trips through various grocery stores in the District, I’ve noticed a number of samplers I hadn’t seen before. Here’s what I’ve found and some thoughts I have on each of them. So we’re clear at the start, here’s what I tend to value in a sampler (in no particular order): variety (I’d rather have six pairs of two beers than four sets of three), seasonal appropriateness, and innovation (some of these beers are one-offs, let’s see breweries flex some creative muscles they might not otherwise).

Onto the beers, which are arranged alphabetically by brewery name. Half of this sampler includes year-round flagships, so you’re not going to see a ton you can’t otherwise be getting six of. The Belgian Table Pils has Mandarin orange peel to go along with Mandarina Bavaria hops, among others. At 4.2%, this is intended to be a food-friendly, easy-drinking, sessionable offering. The Summer Honey What is one of Blue Moon’s original offerings and has a GABF gold medal under its belt. Let me just go ahead and get this out there: I really do not like these pinup themed beers. I don’t like the shtick or the objectification of women, and I don’t really care for the argument that pinups have a place in history as an “art form.” Nah. That alone would be enough to keep me from buying this variety pack, to be honest. With that said, this pack does offer a lot of stylistic variety. A saison, a tripel, an underrated espresso stout, and a (quite good) DIPA has a little something for everyone, from the bland to the adventurous. Whether that’s enough to get you over the sheepish look you might have to put on bringing this to a house party is another question. 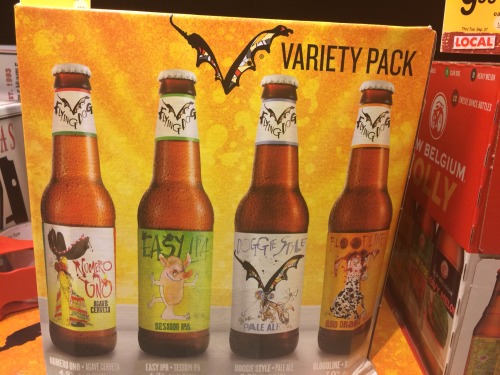 Lots to like for hop fans here (and a concession for the lager drinkers among us), but not a ton for those looking for seasonality. All of these beers are year-round offerings from the Frederick mainstay. It would be great to see something like Dead Rise or even some of the Brewhouse Rarities, Heat Series, or Single-Hop Series slipped into this to show off the other beers in Flying Dog’s portfolio. Mothership Wit is the latest “Revival” from New Belgium’s past beers. You get four of them in this pack, along with a Citra/tangerine IPA, a serviceable session IPA, two Fat Tires (you’ve had Fat Tire before, yes?), and a watermelon lime ale that certainly is innovative and not a standard offering. Pretty good variety here, with a healthy mix of year-round and limited offerings. The Fat Tire satisfies the malt-forward need, although 1554 could’ve been a good stand-in, too. Points for a lot of seasonal appropriateness, too. Three of these beers are pretty average, generic takes on their style. They’re serviceable but won’t do much wowing. The Summerhook, a golden rye ale, isn’t on Red Hook’s website, so not much to say here. Um, if you really like the idea of a variety pack but one of the more interesting ones isn’t available, there’s one thing that this variety pack has going for it: it is, indeed, a variety pack. 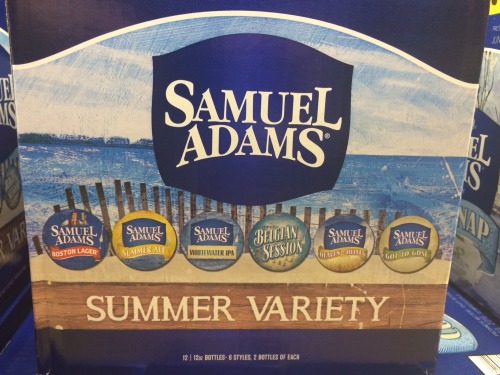 This is really well done. Lots of variety in terms of trying a bunch of different beers. Seasonally appropriate in that you’ve got a lot of crisp, hoppy, or refreshing styles here. And there’s some innovation here in the sense that there’s a Gose with cucumber added and a Belgian table beer. Great work from Sam Adams and a perfect pick-up for summer. This has a single-minded goal: get you acquainted with Sam Adams’ Rebel family of beers. These beers, in turn, have a single-minded goal: deliver the hops. If you have friends who are somehow still not onto IPAs, this is probably not the housewarming gift for them. But if you’ve got some hopheads who also like shotgunning beers, then bringing this over will be like second Christmas. This is another very strong contender. Troegs, if you’re not familiar with them, has been the beneficiary of one of the very best brewery rebrands I’ve seen in a long time. Four very distinct styles, each refreshing for summer in its own way, and featuring a gose that’s out of Troegs famous “Scratch” series. This ticks off all of the boxes for what I like in a sampler. 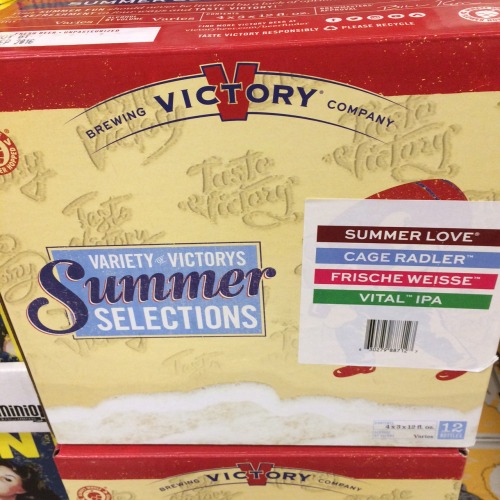 This is very similar to Troegs’ pack above in that it’s very strong. There are four great summer styles here: American blonde, radler, Berlinerweisse, and IPA. The middle two are limited releases, which adds something to this pack that you can’t normally buy off the shelf, and Summer Love is a seasonal fan favorite. Vital is Victory newish IPA that rivals the stalwart Hop Devil in their portfolio. Overall a tidy little package.

Seen any other variety packs around that I should include here? Let me know in the comments!