Scenes from the Scene: Belgian Beer Fest 2016 at Max’s Taphouse

Max's Taphouse is a craft beer institution in Baltimore. Home of a tremendous draft and bottle selection, its very large, yet somehow still cozy, space plays host to a number of internationally-themed beer festivals throughout the year. Arguably the most notable of these is the Belgian Beer Festival, which takes place each year during President's Day Weekend. The three day event Friday through Sunday (with a fourth day on Monday added in recent years to showcase domestic sours) features hundreds of beers from across Belgium, and craft beer fans literally line up to get in the door.

The DCBeer team has been going to Max's for this great event for a few years, and this year we decided to make the trip again. This year we were fortunate to be able to ride up in a van from our friends at Reston Limousine, which made the trip both considerably easier and more fun (until I accidentally spilled barbecue sauce on the floor of this nice van, but I digress).

We were fortunate to be able to attend a pre-event featuring beers from Oxbow and hometown hero Brian "Stillwater" Strumke. Highlights from that selection included Stillwater's Gose Gone Wild and Pina Collision (a collaboration with Magic Rock) and Oxbow's Momoko and First Fruits.

After the doors opened, we moved into some actual Belgian offerings, including classics like Rochefort 10 and Cuvee De Ranke and newer offerings like Drie Fonteinen Intense Red.

Check out photos from our day below (including a quick side trip to see the fine folks at Union Brewing Company). If you haven't been to Max's before, you should definitely make a point of it, especially if you can catch a festival. Thanks again to Reston Limo for facilitating the trip up! 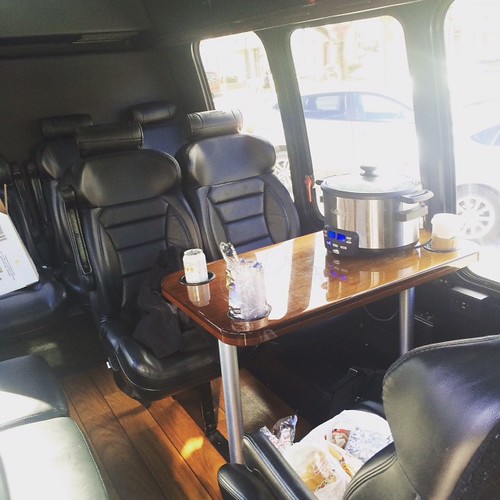