A Visit to Bell’s Funvitational 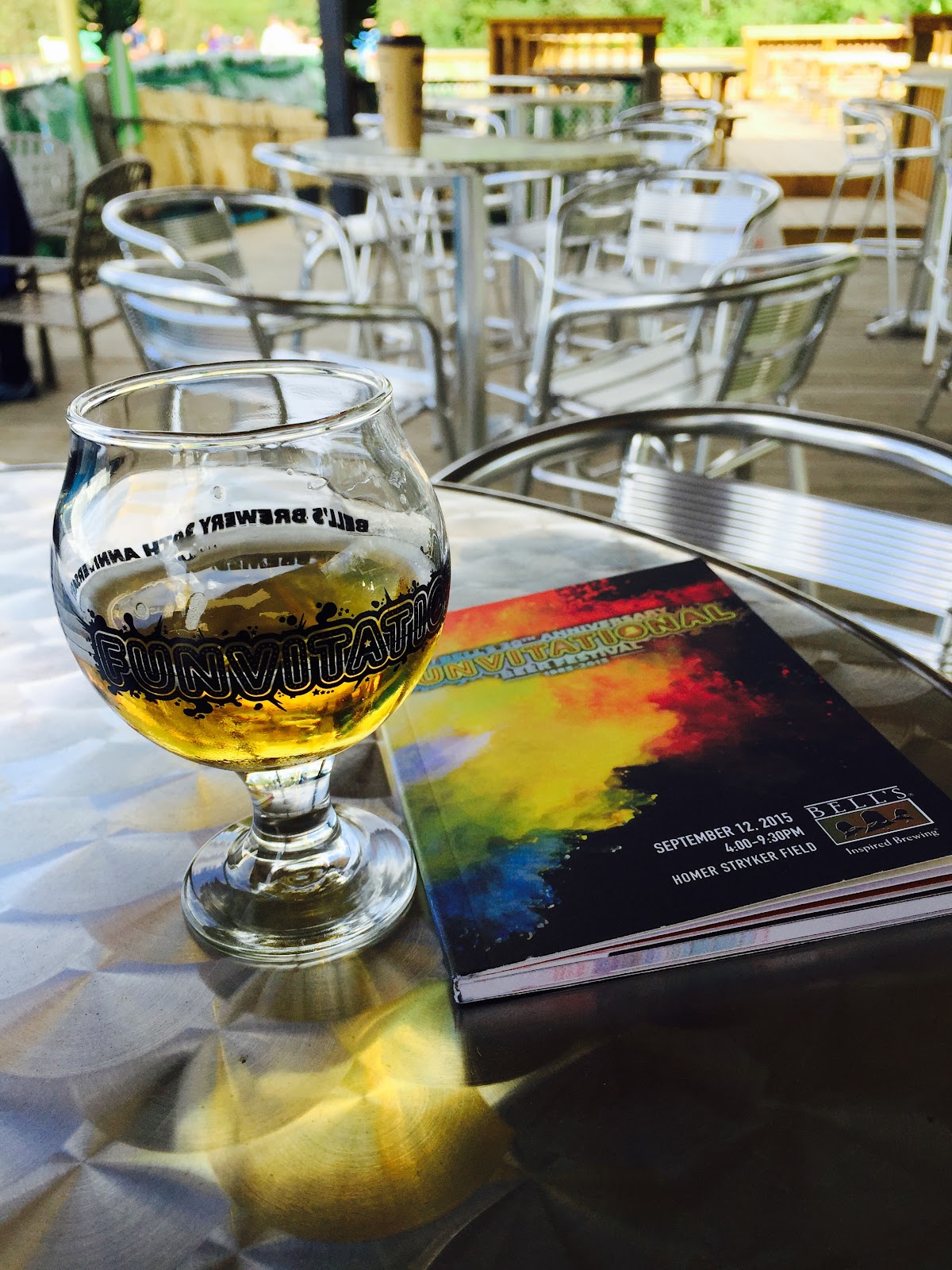 Bell's is my hometown brewery, so, aside from making awesome beer, Bell's holds a special place in my beer-drinkin' heart. So, when I heard about their 30th birthday beer festival I had to look into it, even though I live 600 miles away in DC. I was fortunate enough to procure tickets so my Dad (who introduced me to Bell’s in the first place) could go too.

I've been to an uncountable number of beer festivals, and this was the best, bar none. I'll start by saying the logistics of the event were top notch. People were allowed to pick up wristbands, tasting glasses, and maps up to four hours in advance. So, if you went early, you could forego the line and just walk in. The "fun" part of Funvitational was also evident as soon as the gates opened when a marching band led the way in. This struck me for a few reasons – first, a funky marching band is cool as hell. Second, it's an awesome way to control the influx of folks running in and puts you in the proper mindset, and even though the line was long, it moved fast.

Next, there just weren't that many people for such a large venue. I think attendance was around 4,000, and the event was held on the field of the local minor league baseball team. This was a fantastic size – not too big or small – even with the ferris wheel and giant lawn games. The lottery ticket system has its advantages and disadvantages, but I was fortunate enough to receive a ticket. The "lottery" involved a mail-in system, or you could go to Bell's directly to purchase a ticket when they went on sale.

Since, compared to the amount of beers available, there were less people in attendance than other large festivals I've been to, lines for rare beers were pretty short, all things considered. Perhaps this was because almost every brewery brought something rare or interesting. For instance, my father is a huge fan or Russian River, so we got a beer and prepared to wait in line for a long time. I was pleasantly surprised that even though the line was one of the longest at the festival, we didn't wait more than 15 or 20 minutes. That said, by the time we made it to Surly or Cigar City, we walked right up.

I was also really impressed that breweries that were invited brought their A game. Each brewery brought two beers. Typically they’d bring one flagship beer and one speciality beer, but there were exceptions. For instance, Cigar City brought their Invasion Pale and Oktoberfest beers. However, unbeknownst to attendees, they also put Hunahpu on for a while. Same goes for Great Lakes when they put 2014 bourbon barrel aged Blackout Stout on. 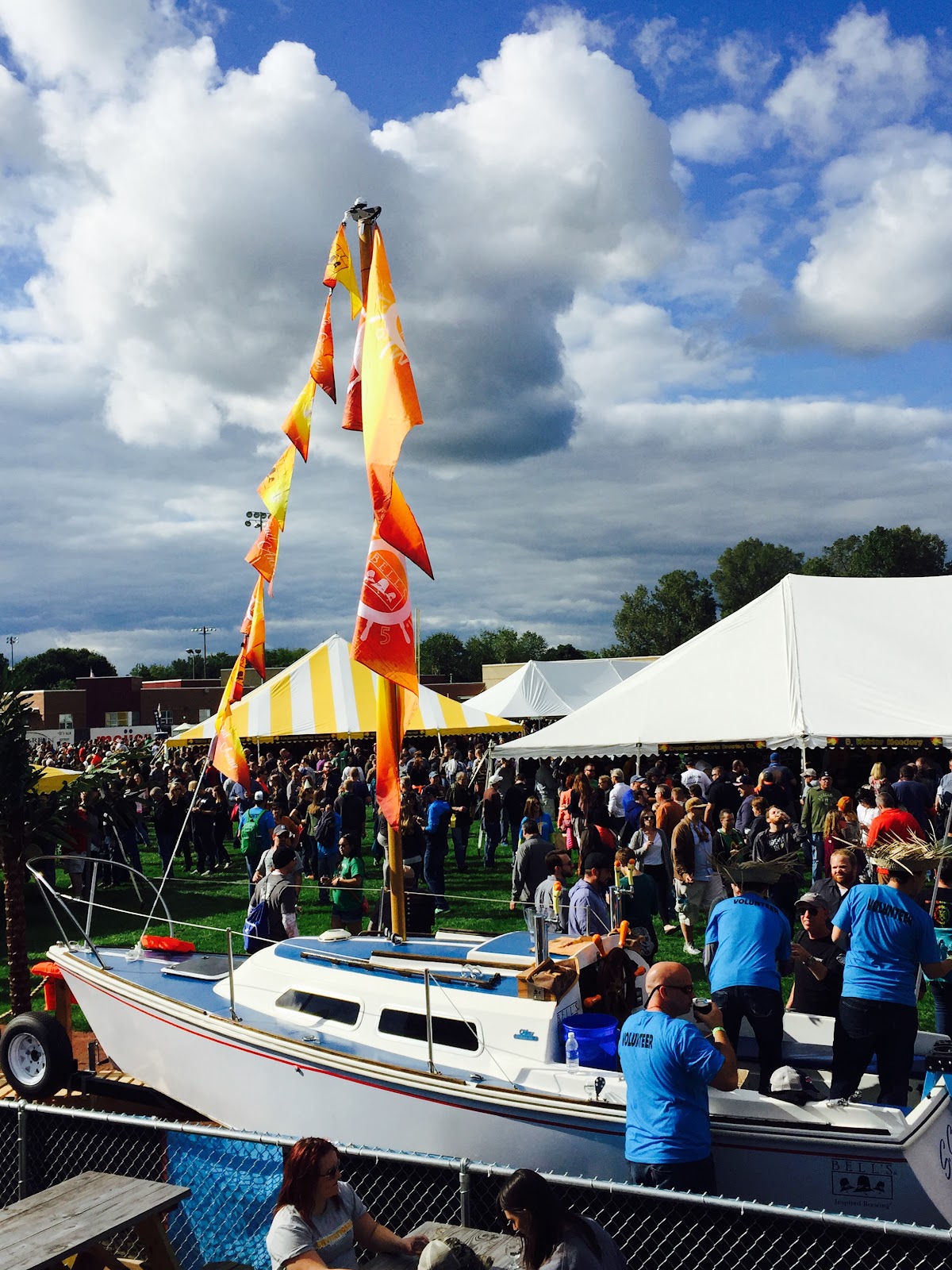 Bell's selection, of course, was outrageous. Throughout the day, their four tents rotated through some of their rarest and newest beers including barrel-aged Expedition Stout, Black Note, Spruce Two Hearted, and Larry's Stupid Quadripid Citrus IPA. I was able to snag some 30th Anniversary Ale, too.  This Imperial Stoutis absolutely delicious. Bell's makes their Imperial Stouts big, viscousy, and incredibly complex without being overly boozy.  The complexity partly comes from the healthy addition of Polaris hops, which helps the beer’s drinkability while it’s still young, but there is not so much to call it a “hoppy” stout.  The beer itself is pitch black and smells of coffee beans and chocolate melded with slight fruit and herbal notes from the hops.  Those aromas carry straight through on the palate where the coffee aromas come together in a chocolaty-espresso bitterness.  Like most Bell’s stouts, there is a full-bodied mouthfeel that dries clean.

Also fortunate was that I didn't notice folks overindulging. People were drinking, of course. It was a beer festival. But I didn't see the sort of sloppiness you can run into at these things. I suspect it had to do with the limited number of the tickets and that the crowd was a little older and came to sample, not get hammered. Irrespective of the reason, it was really great not running into people that couldn't stand. In fact, the only person I saw with a bad attitude was the guy yelling at the Cigar City people for putting Hunahpu on without telling anyone.

I would be remiss in not mentioning that Bell's is quietly a leader in sustainable efforts in the brewing industry. At the Funvitational, attendees were encouraged to bring a reusable water bottle, but they also had volunteers stationed at most trash and recycling bins to ensure items were placed properly and the bins were changed before getting too full.

On to the beer itself.  As I mentioned, breweries really brought their A game. I ran into our friends Lost Rhino where I snagged some Rhin’Ofest. Of course the big names like Russian River, Surly, and Maine Beer Co. brought stellar beers, but it was also really awesome to see Kalamazoo's 12 or so breweries represented.

We had known commodities like Russian River, Surly, and Odell, but we also tried beers from breweries I had not encountered like Rising Tide and Jackie O’s. Rising Tide’s Daymark Pale Ale was outrageously good – a solid bittering backbone with bright hop notes and a bit of rye in the malt bill. 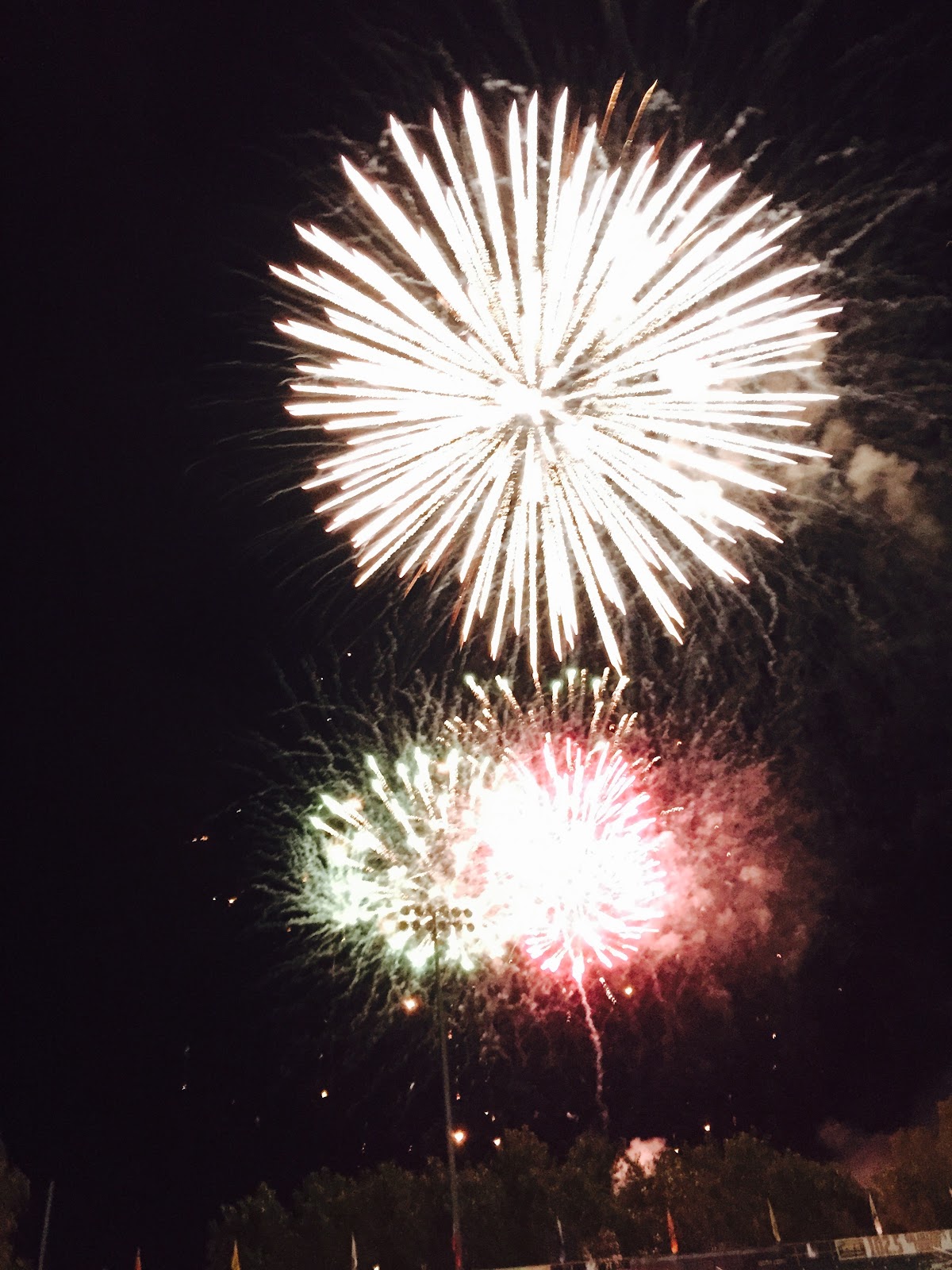 At the end of the day, the event could not have been any better. There was a huge variety of beers in a great venue, that was tremendously organized. I met folks from all over the country – some, like me, that came back home just for the beer festival. That's what craft beer can do.  It goes beyond drinking for the sake of drinking.  Beer brings strangers from all over the country to one place to meet one another, reminisce about their past, and talk about common experiences.

Perhaps most importantly, I was able to spend a lot of time with my Dad shooting the shit and talking beer for a few hours. As we were sitting in the stands getting ready to head out, he said, "the only thing that could really top this would be fireworks." Who the heck ends a beer festival with fireworks? Bell's does. It was awesome.