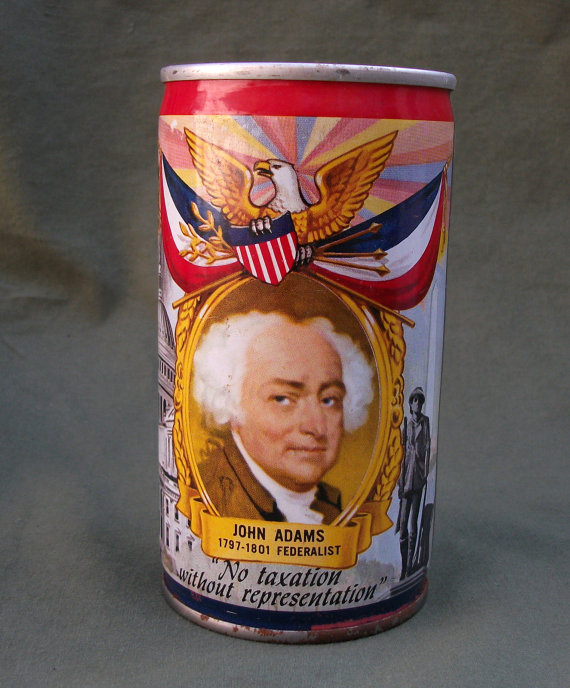 On Friday afternoon, your humble DCBeer staff was doing what we do best: snarking at each other over our listserv. But then this tweet came into the DCBeer Twitter account…

#DC needs a presidential #beer pairing list similar to the @washingtonpost cocktail menu for #Inaug13. Get on it, @dcbeer! #Beer4Prezzes

The article that our friends at @NostrumCanis (a subsidiary of brewery-in-planning Nostrum Brewing is here via The Washington Post. The article describes local cocktail historian and bartender Jim Hewes of Pennsylvania Avenue's Round Robin bar and how he creates a cocktail menu every Inauguration based on what Presidents may or may not have preferred to sip on.

We kicked into high gear and thought of what beers each of our 44 Presidents might have consumed or which beer might represent some part of their legacy. We offer the list to you below and hope that you will enjoy it and, like many other things here at DCBeer, not take it too seriously. After all, when our tongues aren't tasting the latest in craft beer in the DC metro area, they are planted firmly in our cheeks while we concoct jokezzz and snark. We've included explanations where the reasons for pairings aren't obvious.

Think you can do better? We wouldn't be surprised; a few of these are probably a stretch. Leave your presidential pairing ideas in the comments! Happy inauguration to all of you! Cheers!

2. John Adams – Boston Beer Company – Samuel Adams Boston Ale (No lager in 18th century, and John's insecurity and ego makes it amusing for me to highlight his cousin for his beer pick. – Bill Jusino)

3. Thomas Jefferson – Starr Hill Brewing Company – Monticello Reserve Ale (Beer based on actual records from brewing at Monticello…that people other than Jefferson made for his estate. – Mike Stein)

5. James Monroe – Brasserie Saint-Germain – Page 24 Blanche (Perhaps James Monroe enjoyed this witbier, or something like it, while he was an ambassador to France – John Fleury)

6. John Quincy Adams – Albemarle Ciderworks – Old Virginia Winesap (Remember that in 1777, much beer was made in North America by wives. In that year, JQA wrote to his wife, "I would give three guineas for a barrel of your cider. Not one drop of it to be had here for gold, and wine is not to be had under $68 per gallon… Rum is forty shillings a gallon… I would give a guinea for a barrel of your beer. A small beer here is wretchedly bad. In short, I am getting nothing that I can drink, and I believe I shall be sick from this cause alone." Seems like a man who could use an artisanal cider. – Mike Stein)

10. John Tyler – Williamsburg Alewerks – Brewmasters Reserve Bourbon Barrel Porter (Tyler was from Williamsburg, so he probably would have enjoyed something local and delicious. – Jake Berg)

12. Zachary Taylor – Founders Brewing Company – Curmudgeon Old Ale (First of all, look at his photo; second of all, his nickname was "Old Rough and Ready" – Nate Eckert)

15. James Buchanan – Intercourse Brewing Company – Blue Ball Porter (Buchanan was from Pennsylvania, and he was a bachelor. Blue Ball from Intercourse seems to fit the bill. – Nate Eckert and Jake Berg)

18. Ulysses S. Grant – Evolution Craft Brewery – Rise Up Coffee Stout (Might have helped him in the morning to put down the Confederacy that had risen up)

19. Rutherford B. Hayes – Great Lakes Brewing Company – Christmas Ale (Hayes was from Ohio, so is GLBC. Also he was reportedly one of Santa's elves. – David Slentz)

20. James A. Garfield – Three Floyds Brewing Company – Dreadnaught Imperial IPA (Because in the amount of time Garfield served they go from good to undrinkable – Jake Berg)

23. Benjamin Harrison – Founders Brewing Company – Breakfast Stout (Since his grandfather, William Henry Harrison, got KBS, Benjamin gets the regular breakfast stout because he, like it, was around much longer – Jake Berg)

26. Theodore Roosevelt – THREE FOR! Choose from: Dogfish Head – Olde School Barleywine (because no one is more old school than TR – Nick Rakowski) OR North Coast Brewing Company – Old Rasputin Imperial Stout (Because Teddy got shot in the chest during a speech and didn't die – Bill Jusino) OR Yards Brewing Company – Brawler (Because the pugilist on the label looks oddly like Teddy Roosevelt – Chris Van Orden)

27. William Howard Taft – New Belgium Brewing Company – Fat Tire (Because anyone who gets stuck in a tub… you fill in the rest of the joke – Jake Berg)

31. Herbert Hoover – Stone Brewing Company – Arrogant Bastard Ale ("You're not worthy!…to live in anything but a shanty town" – David Slentz)

33. Harry S. Truman – Brewery Ommegang – Ommegeddon (Truman will forever be remembered as the first (and hopefully only) president to use atomic weapons during a war – Bill Jusino)

34. Dwight D. Eisenhower – 21st Amendment Brewing Company – Allies Win the War! (The Supreme Commander of the Allied Forces in Europe during World War II, this beer has its name in no small part thanks to Ike. – Bill Jusino)

35. John F. Kennedy – Clown Shoes Beer – Tramp Stamp (For all of his many positives, JFK is also unfortunately remembered for his dalliances with members of the fairer sex)

36. Lyndon B. Johnson – Spoetzl Brewery – Shiner Bock (A Texan through and through and stubborn as a goat to boot, Shiner Bock seems like a good fit for LBJ – Bill DeBaun)

37. Richard M. Nixon – Crooked Stave – Petite Sour (Despite protesting that he was not a crook, Tricky Dick Nixon's legacy is a sour one in American politics – Bill Jusino)

38. Gerald Ford – Wolverine State Brewing Company – Smoking Gunn (After Nixon's smoking gun was discovered and ousted him from office, this former U of Michigan Wolverine got his shot at the presidency – Bill DeBaun)

43. George W. Bush – Anheuser-Busch/InBev – O'Douls Amber (The second President Bush stuck to non-alcoholic beer, this is one of the better of a bad bunch)

44. Barack Obama – Kona Brewing Company – Pipeline Porter (Like President Obama, this beer hails from Hawai'i, but the Kona in the DC market, because of the Craft Brewery Alliance's distribution deals, actually comes from breweries in New Hampshire. Documentation questions persist!)

We hope you've enjoyed our list! Be sure to leave your thoughts in the comments!

Beer can photo via.