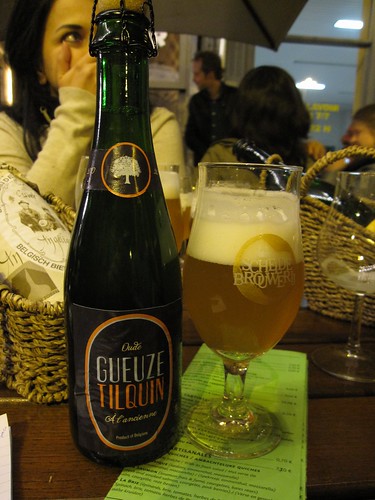 Funk lovers, listen up! After much effort and anticipation, Churchkey’s Greg Engert managed to procure the first new gueuze to be blended in Belgium since 1997. One single keg of Gueuze Tilquin (4.8% abv), which is only one of two kegs in the District, will be poured tonight, Monday, September 12 beginning sharply at 6 PM.

Here’s some info on Gueuzerie Tilquin.

ChurchKey will additionally be offering bottles of Pierre Tilquin’s slightly stronger Lambic blend, Oude Gueuze a l’Ancienne (6% abv), and a number of other unique international sour ales, including BFM Abbaye de Saint Bon-Chien Vintage 2010 and some Picobrouwerij Alvinne, like Kerasus and Wild Undressed.

All event drafts and bottles will be available in 4 oz. tasting pours and full glass pours. There is no admission fee for this event.

On Beer Snobbery, Part I